What Is Tae Kwon Do?

Tae Kwon Do is a Korean martial art based on Karate  which grew out of the independence movement in Korea after the country gained independence in the 1940’s and 1950’s by various Korean martial artists as a blend of the indigenous Korean fighting styles of taekkyeon, gwonbeop, and subak, with influence from foreign martial arts, such as karate and Chinese martial arts. It was mainly the brainchild of General Choi Hong Hi. Who began changing the Karate being taught to the military in Korea
It has been popular in  Cork  since 1974 when the first classes were held in the Acadia hall across from Kent Railway station and conducted by Master Aidan Walsh. Master Walsh travelled from Dublin weekly to teach Cork students and it is from this single source that all Tae Kwon Do in Cork has spread.

Cork has a proud tradition of producing amazing Tae Kwon Do fighters, and it is Rebel Martial Arts goal to continue that tradition into the future. 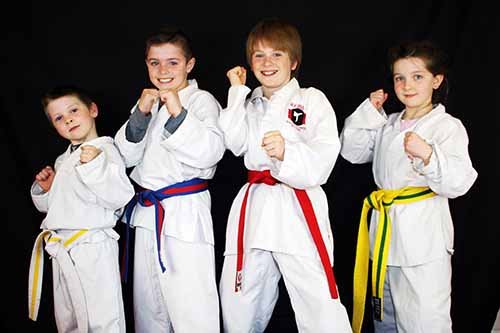